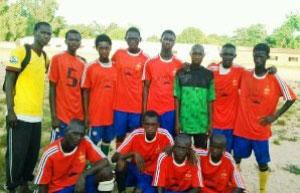 The 6 times finalists and two times winners K. W. T lost focus for most of the march leaving their fans with little to celebrate. Tournament debutants Nema United started on a strong note and made a number of chances that striker Lamin Jarjou failed to convert.

Regulation time ended goalless, but Nema United went on to make history in the penalty shootout by winning the tournament unbeaten following their promotion to the second tier football in Kuloro.