Muhammed Camara's 49th minute goal was all but enough to earn Nema United a 1-nil win over Zygot/Seaview in the week fifteen fixtures of the ongoing Gambia Football Association second division league game played at the Serrekunda East Mini-stadium on Saturday.

Pa Samba Mbenga, head coach of Zygot/Seaview, in an interview with reporters shortly after the game, said he was disappointed about the score-line, noting that the result did not show what happened on the field.

He added that his team was the better side of the day but they could not capitalise on their chances.

"When you are down you need to relax but this is what our players failed to do," he said. "They were rushing and as strikers you need to be focused and patient."

He added: "You cannot judge football some times by the score-line but by the performance of the players."

Sanna Yaffa, head coach of Nema United, in his remarks on the game, said: "It was a very difficult game but the boys responded well today after two shocking results (draws) against Banjul United and Starlight.

"We expected a tough and physical game against Zygot/Seaview today and that was what happened."

The victory against Zygot/Seaview was a very important one for them, Yaffa said, adding that with patience, hard work and determination they would achieve their aim, which is to gain promotion to the first division league.

"The victory will give us very good advantage to prepare well for our next game against Lamin United but we are aware that every game is a final for us," he added, while thanking fans of the club for always coming out to support the team. 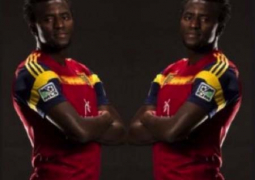