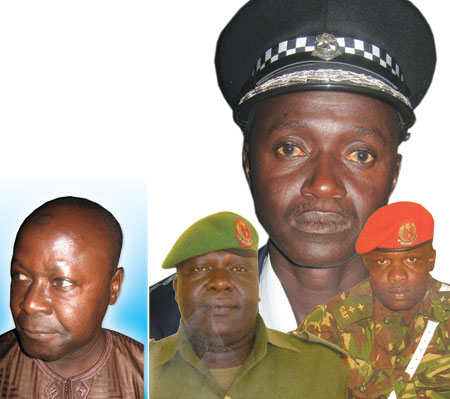 The 30 counts of criminal offences range from conspiracy, committing the offence of sedition, abuse of office, official corruption to destroying evidence.

All the accused persons pleaded not guilty to the charges leveled against them.

The first accused person, Ensa Badjie, told the court that since their arrest on 2nd March 2010, they have been remanded in custody, and that they did not have access to their family members and legal counsel.

He then appealed to the court to enable them to have access to their family members, so that they can arrange legal counsel for them.

The Director of Public Prosecutions, Richard N. Chenge, said he had no objection to the application made by the accused person, since it is their constitutional right to have legal representation.

However, he applied for the accused persons to be remanded in custody, which was accordingly granted by the court.

The case was adjourned to Monday 3rd May 2010 for hearing.

All the accused persons, who pleaded not guilty to the charges, were subsequently remanded in custody following an application made to the court by the Director of Public Prosecutions, Richard N. Chenge.

The accused persons applied to be given access to their family members and legal representation.

The case was adjourned to Tuesday 4th May 2010 for hearing.