Musa Jarju, an officer of the National Drug Enforcement Agency (NDEA), yesterday testified as the third prosecution witness in the trial involving the jailed former Attorney General and Minister of Justice, Lamin AMS Jobarteh, before Justice Mikailou Abdoulah of the Banjul High Court.

Jobarteh was arraigned on new charges, which included three counts of abuse of office and two counts of forcible entry.

Officer Jarju told the court he is attached to the NDEA headquarters in Pipeline, and he came to know the accused when they were investigating his case at the NIA.

He said during the course of the investigation, he was assigned to obtain a cautionary statement from the accused person, and in doing so, he invited an independent witness called Basiru Darboe.

The cautionary wordings were read over to the accused person, and the accused preferred writing his own statement, he said.

The accused signed it and he the officer endorsed it.

He recognised the statement and the state counsel then applied to tender the said statement in evidence as exhibit, but the accused person raised an objection to the tendering of the statement on the grounds that it was involuntary and at the time of making certain portion of the statement, there was no independent witness present.

“It was obtained some week after my arrest and detention and that it should be obtained before 72 hours,” he added.

However, he later withdrew his objection.

The statement was admitted in evidence and marked as exhibit.

Under cross-examination by the accused, the witness stated that at the time of investigating and obtaining of the statement, he was a police officer.

He said he could not also remember the date of the arrest and detention of the accused person.

Asked by the accused whether as police officer they keep records of his movement in and out of the NIA, the witness answered that the records were at the NIA. At that juncture, he applied for the station diary and the diary of action to be produced in court, but the state prosecutor objected and his objection was upheld. 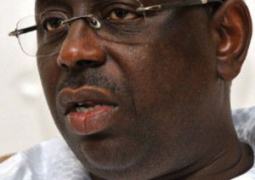