The National Council for Civic Education (NCCE) recently sensitised people from the communities of Samba Tacko, Koba kunda, Kabakama and Mansajang Kunda in a series of sensitization forums held in the Upper River Region.

Kebba O. Jobe, civic education officer at the NCCE, said human rights are natural gifts and are in-exchangeable or non-negotiable.

According to Jobe, the NCCE was established in 1998 under Section 198 of the constitution and Section 199 of it also mandated the council to educate and sensitise the Gambian people about the Constitution and their fundamental rights as enshrined in the 1997 constitution of the .

Noting that the NCCE is an autonomous body and doesn’t support or belong to any political party and does not talk about partisan issues or work under any ministry or department.

He noted that the mandate of the council is to sensitize and inform the general public on their human rights in accordance with the 1997 constitution of The Gambia.

According to him, several sections in the constitution clearly states the fundamental human rights and freedoms, which say it must be respected and upheld by all organs of the executives and its agencies, the legislature and where applicable to them by all natural and legal persons in The Gambia and shall be enforceable by the courts in accordance with this constitution.

He further stated that, every person in The Gambia regardless of religion, ethnic, tradition, culture, race, gender, age, political, national or social origin, property, birth or other status shall be entitled to the fundamental human rights and freedoms of the individual, which should be respected.

The freedom of speeches, conscience, assembly, association and movement must be respected, and every person shall have the rights to freedom of speech and expression which shall include freedom of the press and other media, he told his audience.

He said every person in the country shall enjoy the protection of rights of life, right to personal liberty, protection from inhuman treatment, right to privacy, rights to marry, right of women, rights of disabled among others.

For his part, Ansumana Yarbo, a civic education supervisor, said the local government elections should be held in every four years.

According to him, for a person to be elected or nominated as a councillor he/she must be citizen of the country and aged not less than 21years; he must be registered, an ordinary resident in the LGA in which he/she seeks election, must have the ability to speak English language with a degree of proficiency sufficient to enable him/her take part in proceedings, must declare his/her asset and pay all rates and taxes.

He noted that section 193(1) of the constitution states that the local government administration in The Gambia shall be based on a system of democratically elected councils with a high degree of autonomy, while adding that Section 214 (3) of the constitution puts it that the state shall be guided by the principle of decentralisation and devolution of governmental functions and powers to the people at appropriate levels of control to facilitate democratic governance.

Bakary Baldeh, a participant from Samba Tacko village, hailed the NCCE and the UNDP for the “timely and important forum”.

According to him, such forums would “definitely improve their understanding” on human rights and enhance respect for the rights of others. 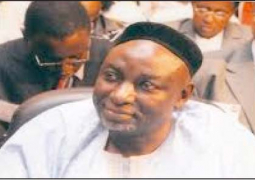 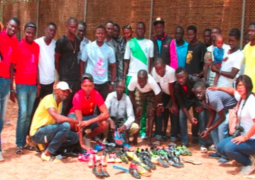