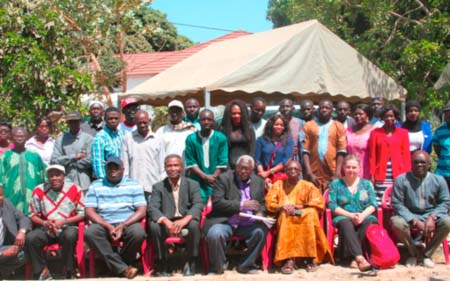 The National Centre for Arts and Culture (NCAC) yesterday held a three-day training session on the use of traditional music by young Gambian musicians at the NCAC mango tree office in Fajara.

Speaking at the opening ceremony of the training, the Director General of the National Center for Arts and Culture (NCAC), Baba Ceesay, said the programme was the last activity in a project that started 3 years ago to safeguard the invaluable collections of the RDD oral archives.

According to him, the main objective of the project is to digitize the collection and facilitate its backup in diverse places as a risk management.

He highlighted the achievements of the project, saying that on the whole more than 90% of the objectives have been achieved.

“The collection of 5000 tapes has been fully digitized which our current equipment cannot handle,” he said.

Mr Ceesay emphasised that capacity building is also part and parcel of the project, following the acquisition of equipment, and having staff trained on digitalization and cataloguing processes.

“I am now confident that they have all acquired the necessary skills to continue the good work started,” he said.

He also disclosed that another achievement the project had made was the publication of 2 traditional music CDs, with music extracted mostly from the archival collections.

“These productions can serve not only to immortalize the songs and artistes in CDs, but can provide a birds’ eye view or listening of what constitutes Gambian music from nearly all the major ethnic groups,” Ceesay opined.

He advised the participants to make best use of the training, whose “objective is to make better use of traditional music in our compositions so as to help give Gambian music an identity in an increasely globalised world which tends to marginalize small countries like ours”.

In her remarks, the Kajsa Dahlstrom of Swedish heritage said The Gambia has a very strong and rich tradition and culture, which needs to be preserved, especially when it comes to Gambian music.

The Gambia and Sweden have a great connection when it comes to music and that alone shows that it needs to be protected for the generations to come, she said.

“The Gambia has a lot to show to the world when it comes to tradition and music, as music is all about being creative,” she said.

For his part, Momodou C. Joof, who officially declared the training opened, said Gambian tradition and culture should be integrated, for this generation and generations to come.

He added that traditional music needs to be revived to preserve the country’s culture and cultural heritage, saying that “can only be done by teaching the young ones our past in order to create a gap for the future in preserving the traditional culture”.

He said Gambians have got talents, which can be demonstrated well to get more people inspired to learn more about the country’s culture and tradition. 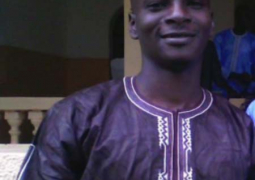