The National Centre for Arts and Culture (NCAC) yesterday appeared before the joint session of the Public Accounts and Public Enterprises Committees (PAC/PEC) of the National Assembly, for scrutiny of their annual activity report and financial statement.

Presenting the report before deputies, the Director General of NCAC, Baba Ceesay, said the NCAC staffing situation could be characterised as a pyramid structure, which is heavy at the bottom and lean at the top.

He said the staffing situation in the senior management cadre (top) is lean whilst the bottom, mostly unskilled staff, is heavy and two positions of director of (research and documentation, and culture heritage) continued to be vacant.

The copyright office also continued to be under-manned, with only the director in place, he added.

He further told lawmakers that the NCAC has witnessed financial constraints because of the outbreak of the Ebola in the sub-region around March 2014.

“It has huge negative impact on tourists’ arrival, and by extension the economy of countries like The Gambia, which heavily relies on tourism, but managed to stay Ebola-free.”

The revenue generated from visits to museums and heritage sites, and the source of internally generated revenue for NCAC declined by more than 60 per cent, he said.

“The greatest impact of this financial strain was felt on recurrent expenses such as fuel, stationery and supplies, maintenance, and utility bills and, in addition, important activities planned for the year such as the revision of the cultural policy, the conduct of staff and institutional audit; the operationalisation of Kankurang Centre in Janjanbureh; the rehabilitation of the Wassu Museum; did not take place because of the funding limitation.”

Mr Ceesay further cited the achievement of NCAC in 2014; support to festivals, most of which took place in 2013 recurred in 2014 with minor reforms to improve on the delivery to meet the department’s strategic objective.

The department since then continued to support and facilitate community festivals, with a view to incorporating them in the National Calendar of the events, he added.

“We organised jointly with GTBoard for local festival organizers on events planning and management, including training for cultural troupes on costumes and choreography to enhance their performances during festivals.”

It was also how to package their diverse cultures as a tourism attraction and all festivals attended by NCAC were documented in audio-visual format and still-photograph with a view to producing a DVD and brochures on festivals of The Gambia by the end of the year 2014 for subsequent distribution in 2015 season.

The NCAC would return to the National Assembly today for the consideration of their annual activity report and financial statement. 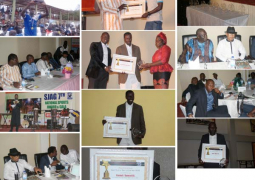 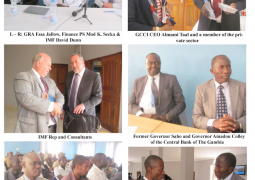 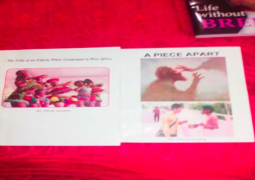