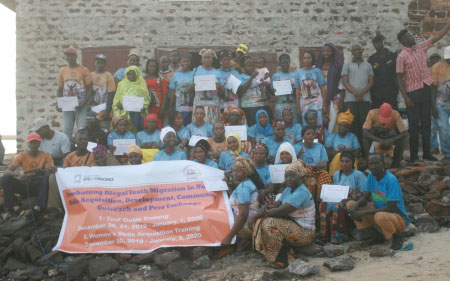 A weeklong skills acquisition programme for tour guides of Heritage and related sites and community women of Juffureh and Albreda ended Sunday in grand style.

The training which was conducted between 30 December 2019 and 5 January 2020 was organised by the National Centre for Arts and Culture (NCAC) in collaboration with International Coalition of Sites of Conscience and it was centered on skills acquisition, development, community outreach and peer exchange programme.

The training programme, fully sponsored by the International Coalition of Sites of Conscience was held in Juffureh and Albreda villages and it was meant to combat illegal youth migration in Niumi, North Bank Region. The training programme packages included training of twenty tour guides and thirty women on batik, tie and dye production for self employment.

Participants were selected indigenes of Juffureh and Albreda and the training was aimed at helping them earn a better livelihood in their communities.

He noted that during the course of the training the women produced some hundreds of pieces of batik, tie and dye textile materials for sale and “the proceeds from the sale will be ploughed back to the groups to enable them to develop and sustain their production.”

DG Hassoum said the tour guides were also trained on the significance of the culture behind the sites to enable them give accurate information of the heritage and related sites to visitors.

More tour guides, he declared, will be trained in the nearest future hence the NCAC plan in the offing is to develop a nature training “because Juffureh and Albreda have a lot of beautiful bushes for bird watching and nature trail walk among other things.”

“Heritage is just one gold mine in the communities, the island and the other related sites in Juffureh and Albreda have other opportunities for the youths such as garden, fishing, farming, river cruising, horticulture, crafts - making of instrument, Kora and smith among others.”

DG Hassoum thanked International Coalition of Sites of Conscience and encouraged the trained tour guides and community women to make their livelihood sustainable to avoid the repeat of slave trade and traveling by sea whereby some of the youths died in the Atlantic Ocean.

Ebrima Jammeh, destination manager, NCAC, disclosed that during the selection of participants for the training, the center made sure that participants were selected from each of the ethnic groups in the two communities and surrounding areas.

He expressed their satisfaction over the performance of the trainees and said NCAC is optimistic that they can still do more.

The trainees expressed delight over the programme and described it a pathway to self-employment. Both the trained tour guides and community women for the skills acquisition were certificated for attending the course.

The International Coalition of Sites of Conscience is the only global network of historic sites, museums and memory initiatives that connects past struggles to today’s movements for human rights.

A Guide to personal goals: Drammeh pens another book 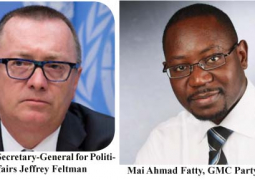