The Lower River Region (LRR) won the athletics championship at the eleventh edition of the National Youth Conference and Festival (NaYConF) held at the Jarra Soma mimi stadium on Friday.

In wrestling, the Kanifing Municipal Council emerged winners with a total of 56 points, followed by the Weast Coast Region with 40 points. Lower River Region obtained third position with 31 points and Banjul was fourth with 20 points.

In basketball, the Kanifing Municipality won the trophy at the expense of the Banjul City girls, who were the only two female teams present for the 2014 NaYConF.

In the male category, the KMC boys also snatched the championship from the West Coast Region, while the Banjul boys won the host region in the battle for third place.

In basketball, West Coast Region defeated Banjul city in both the male and the female categories, 2-1 and 2-0 respectively, in the finals.

In Paralympics basketball, Banjul secured a 20-15 win over rivals, Kanifing Municipality, in the finals.

In draught, Modou Jagne of the Kanifing Municipality retained his title with 32 points after defeating challengers from other regions in twelve games. He was followed by Abdoulie Bojang of West Coast Region with 27 points and Mam Mbouneik Gaye of Banjul City Council with 26 points. 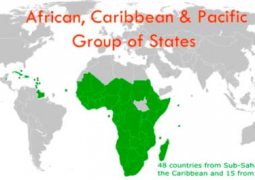