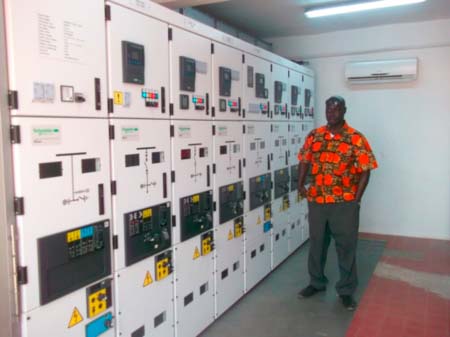 The National Water and Electricity Company (NAWEC), with support from the Gambia government, is running a project to provide water and electricity in the West Coast Region.

The project, which is targeting more than ten communities in the region, was yesterday visited by NAWEC officials to see how the project was going, as well as gauge the perception of residents towards the project and how it would improve their livelihood.

Speaking during the visit, Ousman Njie, the project manager, said the project was out to alleviate the bottleneck in the NAWEC transmission and distribution network in the Greater Banjul Area, and to provide some flexibility of supply and create some redundancy in the system.

He said the ten villages/communities along the route, as well as the industrial layout around the Brikama power station would be electrified as part of the main contract works.

“A loan was obtained from the OPEC Fund for International Development (OFID) to the tune of six million US dollars to fund the works.”

Njie highlighted the objective of the project, which would contribute to advancing the theme of unleashing The Gambia’s growth potential by expanding electricity infrastructure that is constraining growth.

According to him, by targeting public facilities and low-income, peri-urban and rural households for electrification, the project would support the theme of reducing inequality and social exclusion.

Mr Njie added that the project would contribute to the achievement of improving core infrastructure, especially in electricity and water supplies; further stating that it would also expand access to healthcare, education and basic infrastructure services.

Njie emphasised that the project would also help to improve the quality of life, particularly in poor areas of Greater Banjul.

“This improvement will come from either direct electricity access or direct access to improved services resulting from the government’s programme to electrify priority loads, including clinics, schools and trading centres,” he said.

He added that the consequent improvements in these social services could include improved instruction through the use of computers and other equipment in schools, extended operating hours for health clinics, due to availability of electric power and lighting, and improved services in trading centres such as battery charging, and machines for grinding of grain.

He said by providing affordable electricity to more people and improving the quality of supply, the project would promote greater economic growth and business activities.

“The expansion of the power grid will allow The Gambia to provide electricity service to areas and groups of people that previously were unreachable, due to NAWEC’s limited transmission and distribution infrastructure.”

Also speaking during the visit was Pierre Sylva, public relations officer at NAWEC, who said the project was out to make sure that water and electricity services reach the people.

He added that NAWEC in partnership with the government is doing this because electricity and water are key in the livelihood of the people.

One of the beneficiaries of the project, Imam Omar Bojang, alkalo of Jamburr village, expressed gratitude to NAWEC and the government for “such a great initiative”.

Pa Modou Bojang, alkalo of Farato BojangKunda, also expressed similar sentiments, saying they never thought electricity would reach their doorsteps, but with the emergence of the project they are living a better life now. He thanked the project initiators for the initiative.

Farato Bojangkunda women mobilizer, Bentung Sillah, said before the arrival of the project they had been facing a lot of problems with water and electricity supply, but thanks to the government and NAWEC which are “making life easy for them”. 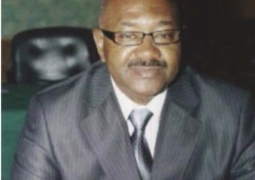 Tribute to a wonderful husband