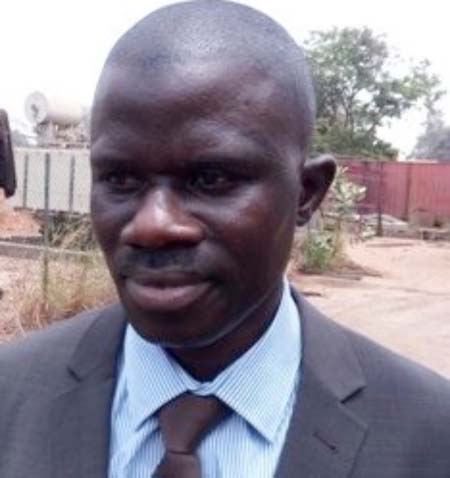 The sole supplier of water and electricity in The Gambia, NAWEC, has called for patience and understanding as the shortage of its supplies has reached a critical stage, causing untold suffering on the lives and livelihoods of people.

Nani Juwara, deputy managing director of NAWEC, said the engines that the company is currently operating were received in second-hand and they have been running for the past 16 years.

“Because of their age, efficiency has gone down and their cost for maintenance is very expensive,” he said.

“Some of the machines were due for maintenance since 2016 but we found it very difficult prior to the election to do so and during the political impasse, it was also very difficult to source foreign currency to be able to procure the required spare parts in order to maintenance the engines because the dalasi to dollar exchange rate was very high.”

Mr Juwara said NAWEC currently has only half of the machines operational to avoid major damages to the engines already due for maintenance.

“We have to shut down the machines to ensure their maintenance,” he said.

On the water situation, the deputy MD of NAWEC said the demand is very high because the urbanisation rate is increasing, meaning the company has to adjust to meet the increased demand.

The aside, he said, currently, there are about three to four major burst pipes on the transmission lines.

“We are trying very hard to make sure that the causes of water and electricity shortage is solved,” Mr Juwara said.

“But we are apologising to our consumers for all the inconveniences we have caused and that the management of NAWEC and the government will ensure that the services are met and the problems solved permanently.”

NAWEC’s call for patience comes in the wake of growing complaints about what is general termed as the worst erratic power supply and shortage of pipe-borne water in recent years in The Gambia.

Fatou Jagne Kantara, a resident of Kerr Serign and a psychology lecturer at the University of The Gambia, lamented that she did not have potable water for three consecutive days.

“I had to sit the whole of yesterday without water to take bath this is why I have to come here to fetch water,” she said while speaking to our reporter at the university campus in Kanifing where she brought several gallons from her home to fetch water.

“The government should do something with the funds we are receiving from donors to help repair the machines of NAWEC.  People need water to cook food for their families and other important things; therefore, the government should prioritise the problem of water shortage at hand because people are suffering.”

Sainabou Njie, a fishmonger at Serrekunda market, said fish selling is her only profession and that the constant power shortage is terribly affect her business because the fishes that she keeps in the fridge are always spoilt.

For Khadim Joof, a native of Brusubi, it is very disheartening that sometimes people have to sit for more than ten hours without electricity.

“The government and the Ministry of Energy has to do something because we can’t be buying cash power when we won’t have light,” he said.  “As a final year student at the university [UTG], exam is fast approaching and we have lecture notes to read, as well as researches and assignments to do.  How can we cope without electricity?  This is very unfair.”

While people are calling for immediate solution to the quagmire of NAWEC, the company’s management is urging people to reason with them and know that its machines are not only overdue for maintenance but they have also outlived their usefulness.