A three-day National Youth Conference on crime prevention ended at the weekend at the Tango Conference Hall in Kanifing.

Youth Crime Watch -The Gambia with funding from the US Embassy in Banjul organised the conference under the theme: “Combating Crime through Youth Empowerment”.

Speaking at the opening ceremony, Marchel Mendy, executive secretary of the National Youth Council (NYC), said peace is something important in today’s world, adding that it is important because “we need a better world for our next generation”.

According to Mr. Mendy, about 6.6 million young people worldwide are currently displaced by “cruel conflicts”.

Many of these young people are exposed to violent survival of acute poverty and are separated from families and communities, the NYC executive secretary said, adding that they often face the additional barriers of lack of sufficient education, healthcare, protection, and livelihood opportunities.

“Today the silent majority of the world population consists of the youth,” he said, adding that they remain silent because of apathy or ignorance.

“Our goal in peace building and prevention or transformation of conflict and building a culture of peace is to promote the active participation of youth in our society and nation,” he asserted.

In his remarks, Ibrahim Ceesay, board chairman of Youth Crime Watch-The Gambia, said they aim at establishing a platform for youth-driven interdisciplinary, multi-sector think-tank that will support the efforts of government, security agencies and local partners in ensuring enhanced security, development and creating opportunities in The Gambia.

He said statistics has it that over 65% of crimes, civil unrest, cyber crime among others are perpetrated by the youth.

“It is the desire of the Youth Crime watch –The Gambia that this event will propose strategies for the implementation of youth crime prevention and safety projects and community initiatives that will empower young people and bring about job creation  and economic development ,” said Mr Ceesay.

Young people in The Gambia, he noted, constitute the majority of both the victims and the perpetrators of crime. “Therefore strategies and inventions should be aimed at reducing level of crime,” the board chairman said.

He indicated that crime and violence have a significant relation with poverty, lack of economic opportunities and education; therefore, it is of critical importance to not only address the systems of poverty, crime and violence but to also analyze the underlying structural causes of the problems.

Ebrima Fofana, Security Assistance at the US Embassy in The Gambia, extended the embassy’s unflinching support to Youth Crime Watch and young people of The Gambia.

“The holding of this conference cannot come at a better time than now as youth crimes, though on the low side in The Gambia, have started to show its ugly head in recent past in our communities,” he said.

Africa, he noted, is a continent of young people whose demographic structure demands a socio-political transformation.

The issue of drug abuse, violence and crime, he said, should be of utmost concern to all and sundry in The Gambia.

Speaking at the close of the conference, Abdul Jobe, executive director of Youth Crime Watch -The Gambia, described youths as change-makers. The young people are also a force to development in The Gambia, he said.

“This three-day conference is very important,” Jobe noted, saying that was “the first time in the history of the country” young people were coming together to fight against crime.

The community is more than the police in tackling crime, Mr Jobe said, while urging all the participants to ensure a free-crime society.

At the end of the conference, participants unanimously eendorsed the newly launched operration bulldozer thus reaffirming their commitment towards crime prevention in the country. 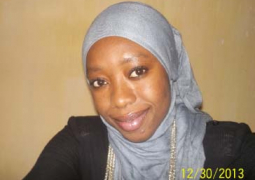 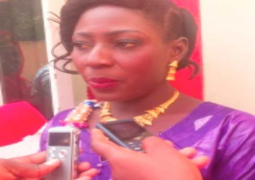