Freedom Camp International (FCI), a registered organisation in the country, has vowed to make communication accessible to all, particularly school-going children.

In this regard, FCI on March 28th officially launched the National ICT Club Network for its members as well as schoolchildren.

The launch ceremony, which was held at the Kanifing Municipal Council Chambers, was witnessed by the senior government officials, civil society members and students.

Speaking on the occasion, Mr Dodou Gomez, chairman of FCI, said that information communication technology is the quickest way of educating and informing the youth on issues relevant to their academic carriers.

"As a result, we decided to set up Freedom Camp International to play an active role in ICT development in this country".  He noted that FCI during the past years contributed in no small measure to The Gambia's film industry by training potential artists in film making and has also produced a series of interesting movies for television coverage.

He thanked The Gambia Family Planning Association Multimedia Unit for their technical support to the FCI film project.

He added that the project was developed after research which was conducted from March 2008 through to August 2008.

"The goal of the research was to explore how e-learning is being used for educational purposes and barriers in its usage. It's also to outline strategies that would encourage the integration of information communication technology (ICT) in the school curriculum and also to see its sustenance," said Mr. Drammeh.

According to him, despite the limited resources, FCI believes that wide developmental goals are dependent on lasting capacity of local NGO's and CBO's in developing countries like The Gambia, to make change and initiate human development projects. 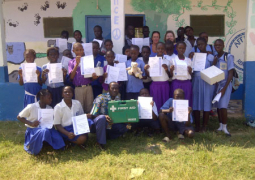