A two-day sensitisation forum organised by the National Aids Services Organisation (NASO) on mainstreaming HIV and AIDS into the poverty reduction strategic paper was recently held at the Paradise Suites Hotel in Kololi.

Addressing participants at the occasion, Mr. Alieu Jammeh, the Director of National Aids Secretariat (NAS) said the impact of HIV/AIDS is unique. As he put it, AIDS kills adults in the prime of their lives, thus depriving families, communities and the entire nation of their young and most productive people.

According to him, this has added to the already heavy burden in poor countries. The epidemic, he stated, is deepening and spreading poverty, reversing human development, worsening gender inequalities, eroding the capacity of government to provide essential services, reducing labour productivity and hampering pro-poor growth.

He added that "it is of crucial importance for the fact that the brunt of the burden is borne by women in their multiple roles as caretakers, breadwinners and subsistence farmers."

Poverty, gender and HIV/AIDS, he further stated, seem to be closely intertwined. "In the early stage of the pandemic, the better educated and better-off are more vulnerable to HIV infection, mainly because of higher resources and greater mobility," he added.

He further revealed that mainstreaming HIV related priorities helps create an enabling policy and resource environment for an effective response to the epidemic, thus achieving synergy between diverse interventions across many sectors and ensuring adequate financing for the scourge.

For his part, Mr. Abdou Touray, the Director General of the National Planning Commission stated that the results of the 2007 sentinel survey on HIV/AIDS in The Gambia had revealed a dramatic reduction in the prevalence level of about one hundred percent from 2.8 percent to 1.4 for HIV-1in 2006, whilst HIV-2 dropped to 0.05 percent in 2007.

He added that the prevalence rates had declined in almost all towns as it reduced from 4.8 percent in 2006 to 1.3 in Brikama, Sibanor, Farafenni, Essau and Basse in 2007.

This development, he noted, is attributed largely to positive behavioural change, adding that despite such gains registered in the national response to HIV-AIDS, there is still an apparent gap between knowledge and behaviour change, as well as insufficient knowledge of the key drivers of the epidemic.

Mr. Touray further added that in order to mainstream AIDS, national development instruments need to factor in the implication of HIV for overall poverty-reduction and growth.

"Such national strategies and plans should include strategies needed to stem the spread of HIV, to scale up the provision of care, treatment and support and enhance resilience to cope with the impacts of HIV and other shocks at individual, household, and community levels," he concluded. 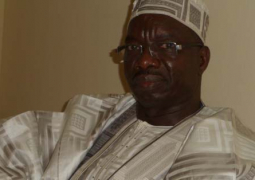