The National Assembly Members on Tuesday 8 December 2009 raised concerns over travelling allowances for members of the Assembly.

The , while approving the draft estimate budget for the year 2010, expressed dismay that the issues of "no cost for government" should be revisited and look into so that travel allowances could be available.

In his deliberation, Honourable Momodou Sellu Bah, the Member for Basse, said most often they are confronted with difficulties when they travel on official missions because of the lack of travel allowances from the government.

"Madam Speaker to be honest and sincere with you, the parliamentarians find it very difficult when we travel. From here they said it no cost to government, you travel and you are faced with big problems there. Even to move from the airport to where you are going to stay you pay. I am saying this because the amount allocated for the Parliament has been reduced from D4million to D3million. I am appealing to the Finance Minister if the D4million can be retained," he stated.

Honourable Bah said sometimes they feel embarrassed when they meet with their counterparts from other parts of the regions.

In response to the concern raised, the Minister of Finance and Economic Affairs, Honourable Abdou Colley said he had keenly listened to members' views, but noted that there are policies to follow. He said the policy is applied to both government workers. He said "once you are invited to attend a meeting and the organisers clearly indicated that they are sponsoring it, then there will be no justification for the government to give you any additional money." He stressed that this policy should be followed unless it is changed.

But he agreed to restore the D4million allocation for members of the National Assembly, as per last year. 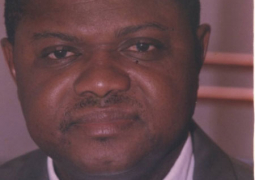