A two-day Capacity Building seminar for Members of Public Accounts and Public Enterprises Committee of National Assembly (PAC/PEC) is currently taking place at the Corinthia Atlantic Hotel in .

The seminar, funded by the Department of Foreign and International Development (DFID), is aimed at strengthening and developing the skills of members of the PAC/PEC to effectively and efficiently carry out their responsibilities as an oversight institution.

Among the topics discussed were good governance partnership, the role of the legislature, parliamentary committee, and women in politics.

In her opening remarks at the opening session yesterday, Hon. Fatoumata Jahumpa-Ceesay, Speaker of the National Assembly, said the seminar was yet another indication of her office's desire to continuously capacitise National Assembly Members in order to perform their constitutional mandate effectively.

"The overall goal of this seminar is to strengthen the capacity of National Assembly Members in relation to parliament's proactive role in good governance, gender and above all financial accountability," she said.

She added that the National Assembly would continue to collaborate with DFID and other development partners in capacitizing members of the Assembly. 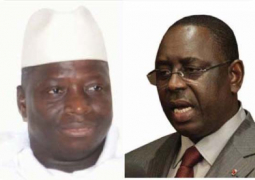