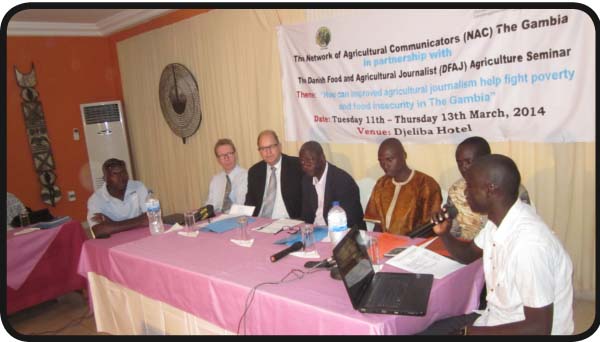 A three-day training session for members of the Network of Agricultural Communicators (NAC) in collaboration with the Danish Food and Agriculture Journalists (DFAJ) Tuesday opened at the Djeliba Hotel in Kololi.

The aim of the training course was to improve agri-journalism in helping to fight poverty and food insecurity in The Gambia.

The overall objectives of the seminar are to focus on local radio stations as media of communication to help improve information for farmers, since almost every home has a radio.

It was also to identify the barriers radio stations face in finding and airing more relevant agricultural stories, as well as to collect information that makes it possible to have a strategy for an education programme for agric-communicators in The Gambia; also to motivate NAC members to put more efforts in informing farmers through their media.

For the first activity, NAC The Gambia and their Danish partners, the Danish Food and Agriculture Journalists, from 3 to 5 March 2014 dispatched a four-man delegation to embark on a nationwide research trip to farmer communities and community radio stations within the country.

The trip was intended to establish the currently missing links between the farmers and journalists, knowing the importance of the media as a tool for development.

The second activity, he added, was the one they were conducting, a training seminar for journalists, whose successful completion would benefit the NAC and its stakeholders, as it would be the determining factor for the network’s prospects in accessing funding from their Danish partners.

The NAC president said his network is relatively young, with its committed executive and members, who have a vision to help transform agriculture in the country, by offering training to agriculture journalists on the best reporting procedures in agriculture, and through the media provide expert advice to the farmers with a view to empowering and helping them to improve their yields.

Mr Jallow told the participants that in 2012, NAC and its Danish partners (DFAJ) conducted a ten-day training session for journalists covering agriculture in The Gambia.

At that training, he added, it was realized that most of the journalists lacked the technical know-how for reporting agriculture-related issues, and the ability to angle their news stories to address the needs of the farmers.

He said Farm Radio had been operating for over 30 years and they send farm radio stories all over the world, adding that Farm International Radio works with community radio stations.

Other speakers included Saikou Ceesay, who spoke on behalf of the GPU, Madi Ceesay of ActionAid The Gambia and Finn Asnaes a representative of DFAJ Denmark. 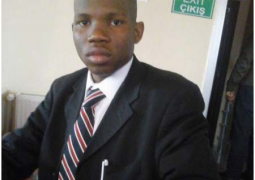