My trip to USA was to meet party supporters - Shyngle Nyassi 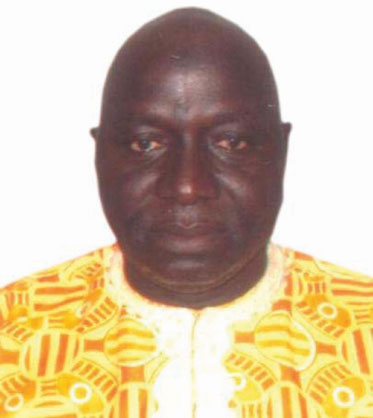 The National Organising Secretary of the opposition United Democratic Party (UDP), Shyngle Nyassi, has denied reports that his recent trip to the United States of America was to solicit funds for his party.

Nyassi, who was speaking in an interview with our reporter yesterday, said his mission to the was to meet and discuss with UDP party supporters in and other places in the in his capacity as the new National Organising Secretary of the party.

According to the longtime ruling APRC party critic, it is his role and duty to go and meet with Gambians in the Diaspora who are committed to the party, see their stance, and discuss with them the political situation in the country ahead of the presidential polls.

“My purpose to the was not to raise funds, but to re-organise and see how the party is functioning there,” Nyassi told this reporter.

He stated that the party militants are raising funds, but that he is not in a position to say how much, as he is not the treasurer of the UDP.

Commenting on the forthcoming presidential election proper, Nyassi expressed doubts about the “credibility of the polls”, saying that his party’s fears are whether the polls will be “free and fair.”

“Still now one cannot lay our hands on the voters register, after the IEC completed the general voter registration, which was marred by lots of problems and yet to be sorted out,” he said, adding that the period allocated for the official election campaign is “insufficient.”

“The APRC is campaigning every day. They should give us access to both the radio and TV, despite the 10-day campaign period, and the air time allocated to us, which is very short,” Nyassi opined.

He further stated that, the fact the IEC is still battling with the issues of double registration, shows that it will be difficult to have free and fair elections.

“Gambians are very conscious; they know what and who to vote for. What President Jammeh did for this country in the past 17 years speaks for itself,” the UDP National Organising Secretary added.

“The just-concluded meet-the-people tour, which is his constitutional right, was used as a political campaign as seen on national TV.  The APRC was using government resources and machineries during his entire tour,” he noted.

In Nyassi’s view, Gambians are fed up with empty promises and, this time around, change is inevitable as Gambians will effect a change.

While assuring Gambians in the run-up to the polls that victory will be at the side of the UDP, Nyassi said the mass defections of many UDP supporters shown on TV are “political propaganda” and are not the reality.

“They have the TV and radio at their disposal, and that is why they keep on their propaganda. If they are sure of their support, let them give the opposition air time on either the TV or radio,” he said, adding further that if this is done, the APRC would know that what is really on the ground “is not true”.

He stated that despite having daily meetings, the ruling APRC party “is still not comfortable” with the realities on the ground.

“It is evident that the ruling APRC party is frustrated ahead of the polls, and that is why they are using Governors and other senior government officials to campaign for them,” Nyassi remarked.

Noting that the Kanifing Municipal Council is under fire as the council “cannot even pay their staff,” Nyassi called on the APRC National Mobiliser and Mayor of the Municipality to desist from the politics of personal attack.

Nyassi further assured Gambians that if the country has free and fair elections, the UDP will, come 24th November, win with a landslide victory.

“In fact, we are trying to bring all the opposition parties together, in whatever way we can, in the interest of the country,” he concluded.