A man accused of murder was recently discharged and acquitted by the Special Criminal Court in Banjul.

Musa Camara, a native of Kombo Sanyang Village, in the West Coast Region, was alleged to have murdered one Alhagie Conta.

Justice Emmanuel Nkea delivering the judgment stated that the accused, Musa Camara, was charged with one count of murder.

He said according to the particulars of the offence some time in 2011 at the Kombo Sanyang, in the West Coast Region, the accused, Musa Camara, caused the death of one Alhagie Conta, by giving him a knee box on the forehead, a charge he had denied.

The judge pointed out that the prosecution adduced evidence through three witnesses and tendered exhibits in support of their case, while the accused person testified as a lone witness and did not tender any exhibit.

Justice Nkea further stated that following the death of the deceased, the accused person was arrested and both cautionary and voluntary statements were obtained from him.

The judge pointed out that the deceased did not die on the spot after being assaulted by the accused.

The deceased was treated and discharged from the health centre, he said, adding that there was no medical examination conducted on the deceased, and there was evidence that the deceased insulted the mother of the accused person three times in different ways.

“Using such insulting language is a provocation in The Gambia, and there is no direct evidence that the accused caused the death of the deceased,” said the judge.

He consequently acquitted and discharged the accused, Musa Camara. 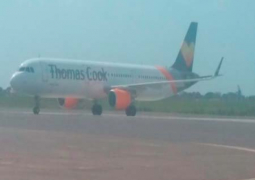