And what exactly did the government of want with three million rounds of ammunition, 1,500 rocket-propelled grenades and 2,500 mortar rounds? It is now clear beyond any reasonable doubt that Robert Mugabe will not let go of power without a fight. This massive stockpile of weapons and ammunition was not intended to feed his people it was intended to suppress them. For this reason it is horrifying to hear that some African leaders are still refusing to condemn him outright. This man is a menace to his people and should be forced by all African leaders to simply accept the results of the elections and step down.

Well done to the Zambian President Levy Mwanawasa who has urged other African leaders not to allow the ship carrying the aforementioned arms for to enter their territorial waters. Mr. Mwanawasa said the tension in , following last month's disputed elections, should not be allowed to escalate further. This is the correct approach. For any African leader,  not to openly demand that Mugabe step down is a disgrace.

Human rights groups say they have found camps where people are being tortured for having voted "the wrong way".

Is this democracy? Is this kind of behaviour acceptable? The answer to both these questions is a resounding no! It is for this reason that Mugabe must go. He is a dictator and his people need to be freed from the yolk of his presidency.

Hiding behind talk of the white man interfering whenever he is critisised by the West is a sham. The people of the world critisise him because of what he is doing to his people not because they want to take the land from the people of . There is no doubting the horrors of colonialism but this must be consigned to the past. The best way for to take revenge for the wrongs done on the continent is to continue developing into the vibrant, democratic and progressive society that it is becoming.

Robert Mugabe must also consigned to the past. He is drunk on power and damaging the lives of his people for his own selfish purposes. This is not leadership or good governance. It is greed and madness. 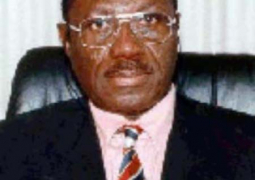