More criminal cases are expected to resume this week at the Special Criminal Court in Banjul before Justice Emmanuel Nkea.

Some of the cases expected to resume this week are that of former senior officials of the Asset Management and Recovery Corporation (AMRC).

The case of the jailed former Attorney General and Minister of Justice, Lamin AMS Jobarteh, who was also charged with economic crime and other related offences, is also expected to resume.

Jobarteh was being tried on eleven-count charge which included abuse of office, wrongfully retaking possession of land from person who obtained possession by writ of court, economic crime, giving false information to a public officer, forcible entry, operating business without a licence, at the Special Criminal Court in Banjul.

The trial of Editor Alhagie Jobe and one Mbye Bittaye is also expected to resume this week at the Special Criminal Court in Banjul. 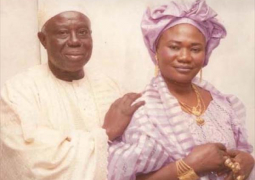