The Kanifing Magistrates' Court presided by Magistrate Sainabou Wadda-Ceesay, on Tuesday convicted and sentenced one Ismail Jobe to a fine of D300 in default to serve one month's imprisonment. He was further given a suspended sentence following his plea of guilty to a charge of stealing.

The particulars of the offence revealed that on 28th January 2009 at Dippa-kunda, the convict stole a mobile phone Mark 'Nokia' valued at D6000 being the property of Babucarr Camara.

In his plea of mitigation, the convict begged the court to temper justice with mercy as he was a first time offender.

Previous:
Man in Court for Wilful Damage, Criminal Trespass
Next:
NAMs Trained on IT Skills 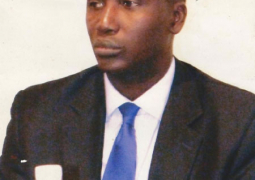