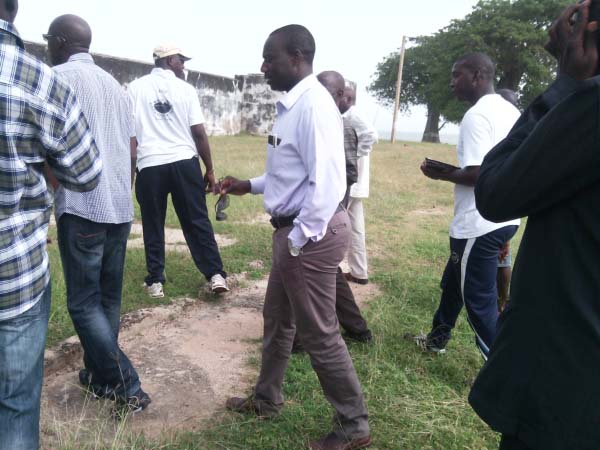 The Minister of Tourism and Culture last week conducted a weeklong tour of tourism facilities across The Gambia as part of preparations for the 2015/ 2016 tourist season.

Minister Benjamin Roberts was accompanied by a delegation consisting of senior officials from the Gambia Tourism Board, National Centre for Arts and Culture, National Assembly select committee on tourism and a team of journalists.

The first port of call in North Bank Region was Fort Bullen in Barra, Lower Nuimi District, where the tourism delegation was received by the Alkalo and other village elders.

Speaking in Barra, Minister Roberts said North Bank has tourist attractions and sites but tourism accommodation in the region is a challenge.

“North Bank is very close to the capital city and there are lots of potential in terms of tourism development,” he said, adding that the ministry is looking at ways and means of developing tourism in the region.

The Tourism Minister said the next focus point of his ministry will be Fort Bullen after the current upgrading underway in Juffureh is completed.

He noted that over the next two years, there would be some meaningful developments in terms of tourism outfits in North Bank.

National Assembly member for Lower Nuimi Misba Hydara said there is a need for whosoever is responsible to at least make some developments at Fort Bullen.

From Barra, the tourism delegation continued to Juffureh, Farafenni and to Kaur.