The criminal trial involving two military officers and others resumed yesterday at the High Court in before Justice Amadi.

They were alleged to have on 22nd May 2008, at Kerr Serign in the Kombo North district with actual violence, robbed one Mamout Ceesay of €14,000. They had since denied the charge.

In his testimony, the eighth prosecution witness, Sergeant M. Sonko, a police officer attached to ferry terminal police station said he knew the two military officers when he was in the army.

He said on 21st October 2008, he was on duty at the charge office when the accused persons were brought by the military police with some amount of cash.

“I was then instructed to obtain a cautionary statement from the two military officers, but the accused person preferred to write their own statement after reading the cautionary wording to them in the English language,” Sergeant Sonko explained.

He adduced that the accused persons signed their statements.

The statements were admitted and tendered in court as exhibits without any objection from the defence.

When asked by the defence as to what type of drug it was, the presiding judge overruled that question, saying the witness is not an expert. 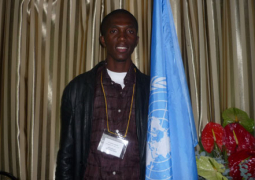