Gambian artiste Mighty Joe is preparing to release another album soon, which will hit the market like the bright and morning star.

Entitled “They Say”, the album has 14 tracks to behold the hearts and minds of all and sundry.

Briefing Entertainment recently, Mighty Joe said he is happy with the way the growth of Gambian music, saying the quality of music in the country continues to mount up to the stratosphere.

According to him, there are lots of fans behind him throughout the whole country, who are ready to support him.

Mighty Joe was born in Bundung but resides in Kololi. He told Entertainment he won the hearts and minds of Gambians after the release of his first album – Mandinka – few years ago.

Joe says that when he releases the new album, it will be available for sale at all the recording studios across the length and breadth of the country. 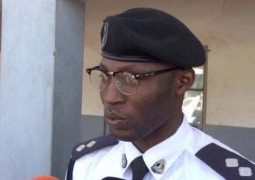