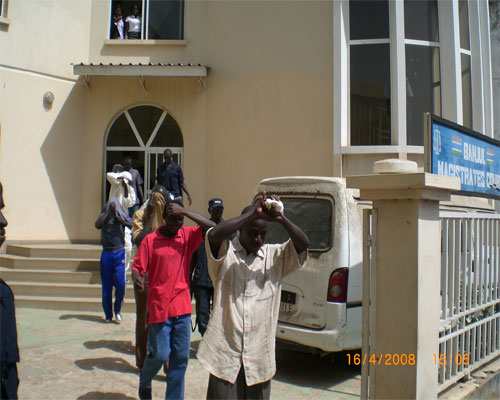 The eight MFDC rebels from the Senegalese southern region of Casamance who were recently convicted and sentenced by the Banjul Magistrates' court have filed an appeal against their conviction before Justice Naceesay Salla-Wadda of the Banjul High Court.

State counsel, Baba Bojang, told the court that the applicants were tried together at the magistrates' court, convicted and sentenced. He said it is their constitutional right to appeal and apply to consolidate the appeal since it was on the same facts and subject matter.

It will be recalled that the nine MFDC rebels were tried in The Gambia on charges of terrorism, spying, receiving stolen property and unlawful possession of Gambian National Identity Cards amongst other things.