The case involving Saihou Sarr, a caretaker at the MDI, who was allegedly assaulted by one Babucarr Ndure, commenced on 19 August 2015 before Magistrate Gomez of the Kanifing Magistrates’ Court.

Prosecutors alleged that Babucarr Ndure, on 2 May 2015 at the University campus, MDI, in the Kanifing Municipality, unlawfully assaulted Saihou Sarr by hitting him on the face, causing him injuries on the nose and face, and thereby committed an offence.

But Babucarr Ndure denied any wrongdoing.

Sub-inspector Nying called her first witness to tell the court what transpired between him and the accused.

Saihou Sarr, the witness, said he lives at Jeshwang and is a caretaker at MDI.

He adduced that he could remember what happened on the 2 May 2015, adding that his boss phoned him on a Friday and told him that he would go to work the following day, Saturday, and asked him to open the office doors.

Mr Sarr further told the court that when he went to work on the said Saturday, he found the accused at the gate, who asked him not to get into the campus, adding that the accused insulted his mother.

He adduced that the security staff at the gate intervened, and that he was able to get into the campus.

As he was opening the office doors, the accused again confronted him, insulted his mother, and threatened to kill him.

He reported the matter to his boss, who asked him to go and continue his work and further told him that the accused would not touch him.

He later went out of the campus, and while he was going, the accused held him by the shoulder.

He turned, and the accused hit him on his nose and blood started oozing out of his nose.

There was somebody upstairs who shouted for help, and the security guard at the gate of the campus came and separated them.

Mr Sarr said he went to his boss and reported what happened, who took him to the police station, where later a police officer escorted him to the hospital.

At the end of the testimony of the witness, Magistrate Gomez asked the accused whether he had some questions to ask the witness.

“Go ahead,” said the magistrate.

“Didn’t the students laugh at you when I beat you up?” the accused asked the witness.

The witness did not answer and the case was adjourned to 10 September 2015. 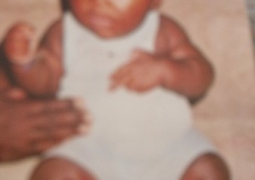