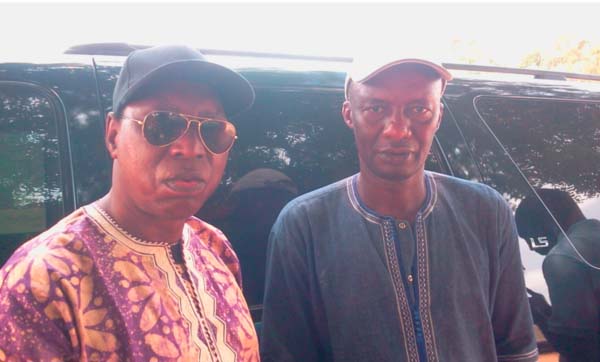 Turo Darboe is one of the leading philanthropists in The Gambia, considering the more than seven million dalasis he has spent on rehabilitating roads within the jurisdiction of the two councils, since the inception of the community roads rehabilitation exercise in January 2014.

The exercise is still in progress, and the objective is to ensure that people have access to a good road network to reach the markets and hospitals.

It is the mandate of the area councils to ensure that taxpayers enjoy a good road network, have access to clean drinking water, and other social amenities.

However, Mr Darboe has been using his personal financial resources to complement the councils’ efforts in the provision of these vital services, BAC CEO Manneh said.

He added that Darboe’s intervention comes as a big source of relief to the taxpayers and the councils, in particular, since it is among priorities of the councils to ensure that the bad roads in their area are rehabilitated.

The intervention by Turo Darboe complements the local government’s efforts in national development, particularly in helping them to meet the area councils’ mandate.

“We have nothing to say to Mr Turo Darboe, only to thank him for his self-less services to the nation,” said Manneh went on.

“We at the BAC are very much impressed by the timely intervention of Turo Darboe in road rehabilitation in Sinchu Alagi, which is part of the council’s jurisdiction to rehabilitate.

“This intervention would save the council from spending resources, and these could be put in other vital areas of need by the people,” Manneh pointed out.

KMC mayor Yankuba Colley also expressed appreciation of the level of participation of Turo Darboe in rehabilitating some of the roads in the Kanifing Municipality, and hailed Mr. Darboe for complementing the government’s efforts, the development work of his municipal council in particular.

Currently, Darboe has rehabilitated more than 20 critical roads which were in a very bad condition due to the past rains, making access to the markets and hospitals a major problem, according to the mayor.

He thanked Mr Darboe and his foundation for the timely intervention, which has enabled many communities to now enjoy a good road network.

The KMC mayor said this is what the President has been advocating - for Gambians to be committed to national development, hard work, devotion, and love of the motherland.

“Nobody will come and develop our nation for us; but we the Gambians should redouble our efforts to ensure that we develop the country for ourselves,” Mayo Colley added.

He said the road linking from Sinchu Alhagi to Banjulinding was a very vital road that needed proper rehabilitation, and thanked Mr Darboe for using his personal resources, ranging from fuel to trucks providing gravel, all at no cost to the community, to improve their livelihood.

Looking at the work done by Turo Darboe’s Vision Development Foundation, VDF, on the road linking from Sinchu Alagi to Banjulinding health centre, mayor Colley declared that he was “very happy”.

He spoke of the VDF’s gestures that should be praised, followed and nurtured so that others would emulate Mr Darboe in serving humanity free-of-charge.

Salifu Ceesay, the Sinchu ALagi alkalo, on behalf of his community expressed happiness and appreciation for the timely intervention of Turo Darboe in rehabilitating one of their major roads linking the village to Banjulinding health centre.

During the past rainy season, women found it difficult to have access to the market and health centre due to the poor nature of the road.

The intervention of Turo Darboe in rehabilitating the road was a big source of relief to his community, Ceesay added. 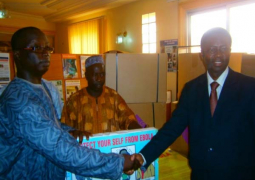 Darboe & Co case: State to ‘add names’ to the charge