Mauritania has announced its withdrawal from the 2012 Nations Cup, reports monitored fromt he RFI yesterday has revealed.

According to Radio France International, the Mauritanian Football Federation informed all soccer lovers in Mauritania that the national team which was supposed to play against Burkina Faso on Friday 3rd September 2010 in Nouakchott has been cancelled.

The communique of the FA further stated that Mauritania has withdrawn from the preliminary round of the Nations Cup Qualifiers to be co-hosted by Gabon and Equatorial-Guinea.

The Mauritanian football authorities explained that the main reason of their withdrawal is lack of funding for the preparation of the team s well as lack of good preparation.

The news has been seen as a boost for fellow mates including The Gambia who will rub shoulders with Namibia in the first leg of the qualifying campaign to be held in Banjul on September 4th.

The Gambia is pitted in Group F along side Namibia and Burkina Faso in the qualifiers. 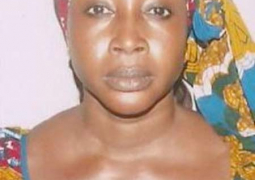