The importance of mass media cannot be over-emphasised, as they has an enormous influence on the life of every single one of us.

Mass media plays an integral part in people's lives. From the moment we wake up in every hour of the day, we are engulfed in a media-centric world.

In this day and age, mass media are the most powerful tools of communication. They help to promote the right things at the right time. That is, the mass media have become an instrument of correction for the world, in response to society's demand.

Mass media give a real exposure to the mass audience about what is right or wrong. Even though mass media could be linked with spreading false news like a fire incident, on the other hand, they help a lot to keep us informed about the reality around us as well.

Moreover, mass media does have a constructive role to play in the development of society. Today, news channels and even some newspapers are mouthpieces for some social issues, which is a useful for those engage in public sensitization or creating mass awareness on an issue.

Mass media also helps the economy thrive, by bringing the businesspeople and consumers together, through advertising and by keeping the public informed on the state of the economy, among others.

For instance, mass media shapes, forms and influences the buying decision of the majority of consumers through advertisements.

Media has played an important role in shaping society, in almost every era. It is the fact that in times past, media were not being given a free and fair chance to explore the issues of society more openly than is happening now, issues which were always raised in order to provide justice to the people.

We must say that there is an association between the development of mass media and social change, and we must praise media for showcasing social issues.

However, only a powerful and broad-based media will be able to influence a person in such a way that he/she will feel the need to change his/her relationship with his/her environment. Thus, the call for the mass media to be strengthened. 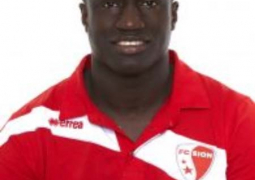