Real Salt Lake scored only one goal in three regular season meetings. So perhaps a 0-0 draw in the first clash between the two teams in the playoffs should not have come as a surprise.

RSL had the better of the regular season meetings, winning one and drawing too. It also will be more pleased with the draw on Friday, since the second leg is headed back to Utah on Thursday.

The first half was a battle of goalkeepers. Both made a series of impressive saves, with the best coming at the half hour mark. Seattle won a pair of corners with Sammy Ochoa and John Kennedy Hurtado -- sporting a clear face mask -- directing headers on frame. But Nick Rimando pulled off two acrobatic diving saves to keep his net unmolested.

These teams met at the same stage in last year’s playoffs. Salt Lake advanced in 2011. Seattle will require better finishing on Thursday to avoid a repeat one year later. goal.com. 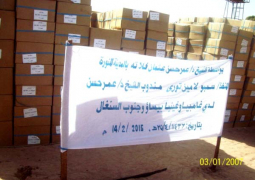