Bakary Tamba, a manager, was on 23 September 2914 arraigned before Magistrate Tabally of the Kanifing Magistrates’ Court and charged with stealing over D1 million. He denied any wrongdoing.

Inspector Malang Jarju, assisted by Sub-Inspector Gibba, called their first witness to tell the court how the alleged theft occurred.

Suresh Kulathur Iyer, the witness, testified that he lives at Kotu and is an Indian national, and a trader.

He said he exports and trades in foodstuff and other commodities, adding that he has his business in Banjul, Kanifing, Sanchaba and Tippa Garage.

He recognised the accused who was his employee, and further told the court that the accused was hired to manage the store and supervise other employees at Sanchaba in a most senior capacity.

He said concerning the store at Sanchaba, that on his last return to The Gambia, he asked the accused person for the books of accounts.

He noticed mistakes, and called the attention of the accused. Then he asked him to send the books to him through his brother, one Jamil.

The next day, the accused said he would rectify the mistakes, and did send the books.

When he re-inspected them, he returned them to the accused because the mistakes were still in the books.

He said on four occasions, he called the attention of the accused to rectify the mistakes, and he would always promise to do so.

He further told the court that even when he realised that the books were cooked, he maintained a cordial dialogue with the accused.

After two or three days, he asked the accused to return the books to him, which were to be amended, but they were not sent to him.

On 7 July 2014, he visited the Sanchaba store, and was totally shocked and amazed because the demeanour of the accused changed.

The accused told him that he would not give him the books and the money; the accused said no further discussion would take place as the Indian’s business is illegal and the GRA was looking for him.

He said he was surprised, and asked why GRA would look for him when they have his telephone number and other documents to contact him.

Asked whether GRA telephoned him, the accused told him that GRA would call him because he, the witness, was in trouble.

He later got a telephone call through a house line from a lady and subsequently from a man who would not identify themselves, posing as GRA officials.

He said he told them that he has nothing to hide, but the man threatened him and said if he did not sort things out, they would write to the airport and he would not leave the country.

The case was adjourned to 1 October 2014, for continuation of the hearing.

According to the charge sheet, the accused, Bakary Tamba, in the month of October 2013 to July 2014 at Kanifing and diverse places, being a clerk or servant to Suresh Kulathur Iyer, stole the sum of D1,102, 183 by virtue of such employment, the property of the said Suresh Kulathur Iyer and thereby committed an offence. 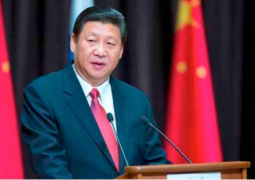 The world’s moments of compassion and kindness