One Essa Badjie, who was arraigned on the 12th February 2009, before Senior Magistrate Abdoulie Mbake of the Kanifing Magistrates' Court for alleged theft and house breaking, would know his fate on the 5th March, 2009, after pleading guilty to the charges preferred against him. This was followed by the narration of the facts by police prosecutor 319 Daddy Jobe.

According to the particulars of offence on count one, the accused on or about at Bakau Sanchaba unlawfully broke and entered the shops belonging to one Seedy Mauhtarr Kunta and Siray Kujabi.

Count two stated that the accused on the same day and place stole 23 rings, a bangle, ten silver chains, pieces of cloth and necklaces.

The trial magistrate remanded the accused in custody until to deliver judgment. 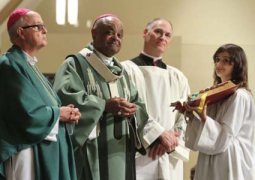