Magistrate Colley of the Kanifing Magistrates’ Court yesterday convicted and sentenced one Abdou Aziz Camara, to a mandatory jail-term of two years in prison with hard labour on count one.

This was after he was found guilty of conspiracy to commit a felony, housebreaking and stealing.

The charge sheet in count one read that on 17 September 2012, at Bakau in the Kanifing Municipality, he jointly conspired with others to commit a felony.

Count two stated that he broke into the house of one Amie Jack with intent to commit a felony; to wit stealing

These were all the property of the said Amie Jack. 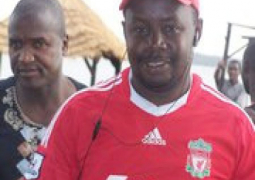