A magistrates court in Kanifing on Tuesday 6th July, 2010 convicted and sentenced one Baba Hassan Ngum to two years in prison without any option of a fine for threatening violence and common assault.

In narrating the facts before Magistrate Drammeh, Inspector Mballow, who held brief for CPL Jawo told the court that the incident happened on 29th June 2010. He stated that the convict had requested breakfast from the complainant, Haja Isatou Njie, which she told him was not ready.

According to him, this did not go down well with the convict, who ended up slapping the complainant, threatening him and his sister, Haja Marie Ngum with a cutlass.

Inspector further narrated that one Mr. Jatta came to their aid and the convict was arrested and taken to Serrekunda Police Station where he was later cautioned and charged with the offence committed.

The prosecution tendered the cutlass as an exhibit.

The convict, in his plea of mitigation begged the court to temper justice with mercy, stating that he is a first-time offender, and that such thing will not happen again. 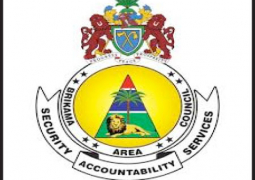 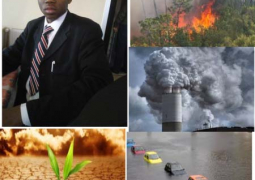