Karamo Saidy Fatajo, a businessman at the Albert Market in , who was arraigned at the Banjul Magistrates' Court for allegedly conducting himself in a manner conducive to breach of the peace, by saying that " will attack The Gambia," yesterday opened his defence before Magistrate Alagba.

Fatajo who refuted the allegation told the lower court that he lives in Tallinding, and could remember what happened on 16th December 2010.

He said that on the said date at Albert Market around 12:30 pm, he met the prosecution's fourth witness (PW4) seated along with one Musa Banding-Ceesay. He then greeted PW4, and went to sit without greeting the third prosecution witness (PW3).

Fatajo further told the court that he had not been in speaking terms with PW3 for nearly seven to ten years, adding that while seated with PW4, the first prosecution witness (PW1) Seedy Ceesay came, and they greeted each other and asked whether what he saw on television was the same thing he too saw.

According to Fatajo, PW1 said he heard the Secretary General and Head of the Civil Service on television. He said he could not speak English, but he heard him talking about , and Casamance.

"I also told the man that I don't also understand English well, but I understand that he was saying is helping and Casamance to have peace," the accused explained.

Fatajo also adduced that he told PW1 that The Gambia is doing everything to have a good cordial relationship with , and PW1 concord with him and said what the SG was saying is for the two countries to live in peace.

He added that PW3 responded, and started insulting his (Fatajo's) parents, and said that "if should attack The and there is fighting, that should not be his business because "they don't want The to have peace".

According to him, PW3 insulted him for the second time, and he also retaliated. He told the court that PW3 told him that he will jail him.

"I told him that it was impossible for him to send me to jail, because I am a good citizen and have a good record. While we were talking, PW3 called the Secretary General and Head of the Civil Service, Dr. Ngogu Bah, and the Director General of the National Intelligence Agency, Numo Kujabi," he said, adding that while he was seated at the market, one female police officer and two plain clothes officers came, and PW3 pointed at him."

Fatajo added: "Before my statement was obtained, the Director General of the NIA, Numo Kujabi, arrived at the police station and asked PW3 who was the accused person. PW3 again pointed at me, and Kujabi told him that he knew me."

Still testifying in defence, the accused told the court that his name and telephone number were taken by the NIA boss, adding that he was detained for five days at the police cell in , and later taken to court where he was granted bail.

He denied saying that " will attack The , insisting that it was PW3 himself who said so.

Under cross-examination by police prosecutor, ASP Sainey Joof, Fatajo said he is a businessman selling laptops and digital cameras, adding that he had been selling at the Albert Market for 40 years now.

It would be recalled that the accused person, according to the charge sheet, on 16th  December 2010 at Banjul Albert Market in , conducted himself in a manner conducive to a breach of the peace, by saying that " will attack The Gambia." 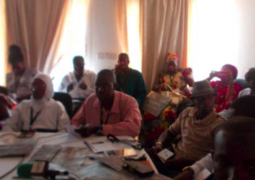 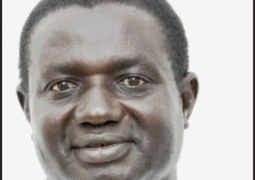