One Borry Jaiteh recently denied owing Mrs Awa Jallow the sum of D170,000 when the matter came up at the Bundung Magistrares' Court before Magistrate Kumba Sillah-Camara.

Mrs Jollow informed the court that she loaned the defendant the said sum of money of which the defendant promised to settle within ten days to one month as he was going invest in a business.

In a separate development one Lamin Ceesay recently testified at the Bungung Magistrates' Court in the criminal trail of Muhammed Muhtaru Janneh.

In his testimony, officer Ceesay said on he was on duty when he had cause to investigate the vehicle driven by the accused. He said when he impounded the vehicle he found out that the vehicle was not licensed, adding that the accused was later charged with the offence committed. 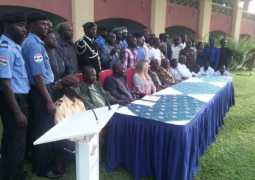