A man was recently convicted by the Kanifing Magistrates’ Court, presided over by Magistrate Tabally for traffic offences.

Melville Williams was also ordered to pay a compensation of D20, 000 to the complainant in default to serve six months in prison.

According to the particulars of offence on count one, on 29 January 2010, along Ndow’s Senior Secondary School, the convict drove a motor vehicle with registration number BJL 6042D without due care and attention, thereby caused an accident.

Count two stated that he drove the said vehicle and knocked one Fatou Jobe and failed to stop.

Count three also stated that he drove the said vehicle and involved in an accident and failed to report the said accident. 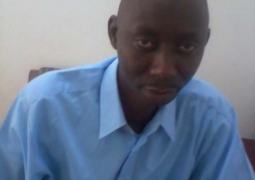