Dawda Barrow of Gunjur village was recently arraigned before Principal Magistrate Dayo of the Brikama Magistrates’ Court, charged with intimidate or annoy.

According to the particulars of offence, the accused, Dawda Barrow, on 4 June 2014, at Gunjur village, unlawfully entered the compound of one Yusupha Camara with intent to intimidate or annoy him.

He denied the charge and was granted bail of D20,000 with a Gambian surety.

In another development, the accused, Dawda Barrow was on the same day arraigned before Magistrate Jorbateh of the Brikama Magistrates’ Court for threatening violence.

The particular of offence stated that the accused, Dawda Barrow, on 21 March 2014, at Gunjur village, Kombo South, West Coast Region, threatened to kill one Dawda Saidy with a cutlass and Jack, thereby committed an offence.

He denied the allegation and was granted bail of D50,000 with a Gambian surety. 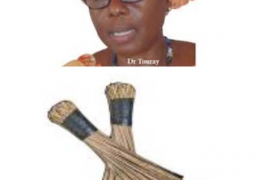