The prosecutor objected to bail for the accused on the grounds that the complainant was going under surgery operation.

But the magistrate overruled him and granted the accused bail of D50,000 with two Gambian sureties who must deposit their ID cards.

The charge sheet presented before the court on count one stated that the accused, Momodou Lamin Dibba, on 25 September 2015, at Kotu, in the Kanifing Municipality, unlawfully assaulted one Safie Sonko on her left leg, causing her grievous bodily harm.

Count two indicated that he unlawfully entered into the house of the said Safie Sonko with intent to intimidate, insult and annoy her. 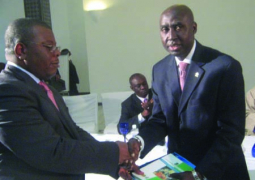