A man was recently arraigned at the Kanifing Magistrates’ Court before Magistrate Tabally charged with stealing.

Lamin Trawally pleaded not guilty to the charge and was subsequently granted bail of D20,000 with a Gambian surety, who must be a resident of within the jurisdiction and must deposit his national ID card.

According to the charge sheet on 30 October 2010, at FIG Bureau De’ Change, Fajara branch, the accused, Lamin Trawally, stole from a motor vehicle with registration number BJL 7124F, a tape cassette player valued at D500, the property of one Musa Njie.

The case was at that juncture adjourned till 4 January 2011 for continuation. 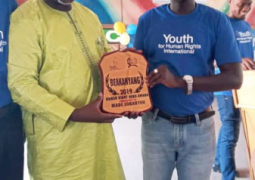