Major Momodou Alieu Bah, PW1, testifying yesterday told the court that he lives in Kombo Lamin village and is a military officer posted at Defence Headquarters in Banjul.

Major Momodou Alieu Bah was convicted and sentenced to 25 years in prison in connection with the 21st March 2006 foiled coup attempt, and was released on a presidential pardon in 2009, and reinstated in the armed forces.

Major Bah, who was in full military attire, told the court that he knows the 1st accused person, Lt General Tamba, adding that Tamba was his former boss when he served as the deputy Chief of Defence Staff.

He said he also knows Colonel Ndure Cham, the Chief of Defence Staff at the time of the 2006 coup plot

Bah told the court that, in March 2006, Colonel Ndure Cham called him to his office and told him that he (Cham) intended to overthrow the government of President Yahya Jammeh.

"I informed Col. Ndure Cham that I will not be part of those who will overthrow the government of the ," he added. "Then I left his (Ndure Cham's) office."

The witness said he later headed to the office of the 1st accused, "where I informed him that Col. Ndure Cham was not a loyal officer, and further told the 1st accused that something should be done to him," Major Bah added.

He adduced that he went to see the 1st accused after sending that information to him (1st accused), adding that Modou Jatta, an orderly to the 1st accused, came to his office and called him, asking him to report to Tamba.

The 1st accused, Bah continued, told him that "you are crazy, and all you are saying is nonsense". He said the 1st accused urged him to watch his tongue.

The witness further told the court that, after he left Tamba's office and went back to his own office, he called 2nd Lt. Bo Badjie, then the Director of Intelligence at GAF, and told him that something has transpired between himself, the 1st accused and Col. Ndure Cham. He added that Bo Badjie told him he was going to find out.

That the same day, Major Bah went on, he also called Lt Solomon Jammeh and informed him about what has transpired between him, Bo Badjie, the 1st accused and Ndure Cham.

"Lt Solomon Jammeh told me that he was already aware of that, because he was told by one of his intelligence operatives," Major MA Bah testified.

"On 21st March 2006, when I closed from work, at around 4 am, the orderly to the 1st accused call me through my phone, and told me that, 'what you said was true and the 1st accused wants to talk to you'", Bah said.

He went on to state that the 1st accused called him again, and reminded him of what he said, and added that "it true". Bah said he then told Tamba that "you never took me seriously".

At this stage, the defence counsel, S.M Tambedou, told the court that what the witness was saying was completely different from what was in the summary of evidence, adding that this has taken the defence by surprise.

He urged the court to ask the prosecution to amend the summary of evidence in the indictment.

The trial judge overruled the defence counsel submission, and asked the witness to continue.

Subsequently, the witness told the court that he was later arrested, detained and charged with concealment of treason before the General Court Martial held at the Yundum Barracks, adding that he denied the allegation of his involvement in the 2006 coup plot.

"I did not conceal anything, and I have revealed everything about the coup plot to both the 1st accused, Bo Badjie, and Solomon Jammeh," he told the court.

PW1 also said Solomon Jammeh told him that the 1st accused (Tamba) had said he was going to help him out of the case.

The witness added that Bo Badjie also called him on the military's police line, and got one Lt. Sanyang who was in charged of their escort.

"Lt. Sanyang asked me to come and receive a call from the phone. When I came, Bo Badjie told me that there was no need to call witnesses in my case, since the 1st accused will take me out of the case," Bah told the court.

However, Bah told the court, in the end he was sentenced to 25 years in prison.

Under cross-examination, the witness admitted knowing Bunja Darboe. When counsel put it to him that he had never spoken to Modou Jatta orderly to the 1st accused, and asked to see Tamba, the witness replied that he did.

"I am putting it to you that you had never held any discussion with 1st accused, in March 2006, as claimed by you", declared counsel. In reply, PW1 insisted that he informed the 1st accused about the coup plot.

He also said that he made one statement in connection with the 2006 coup plot, when counsel quizzed him to tell the court the number of statements concerning the allegation of the coup plot.

Major Bah said he could not remember the date when he made the statement, when counsel asked.

Major Bah later admitted making a statement on 26th November 2009, and another statement on 5th May 2010, when counsel further quizzed him.

The witness added that he cannot remember saying in his statement that it was Col Ndure Cham who told him that he was going to overthrow the government of the , when counsel posed another question to him.

He said he did not mention in all his three statements that Modou Jatta orderly to the 1st accused spoke to him at 2 am, when further questioned by counsel.

Counsel pointed out that he was charged with concealment of treason, but did not give evidence in his defence, and asked, "why?" "And you denied the allegation!"

In response, Bah said he had a lawyer representing him in court.

"Did you find out from your lawyer why you did not give evidence?" asked counsel. In reply, the witness said "because my lawyer was advising me not to testify".

When further asked, by counsel, why he did not call the orderly, Modou Jatta, to give evidence, since he has told the orderly that Colonel Ndure Cham was not a loyal officer, Bah responded that Modou Jatta, as an orderly, had no way of testifying.

Bo Badjie called him, and said there was no need for him to call witnesses, when counsel Tambedou further asked why he did not call Bo Badjie to testify as a witness, at the court martial.

Bah said Tamba was not a member of the panel at the court martial, which convicted and sentenced him, when counsel asked.

PW1 Major Bah also said he was sentenced to 25 years imprisonment by court martial, even though Bo Badjie told him that the 1st accused would help him.

He said he had spent three years and eight months in prison, when counsel asked how many years he spent in jail before being released.

When counsel put it to him that he was not disappointed but was angry, Bah said was disappointed with the 1st accused.

Asked by counsel, whether he was still serving his sentence, Bah replied, 'No'. "Why is that?" asked counsel. "That is the will of God", replied Major Bah.

"Major Bah, were you granted a pardon?" asked counsel, and PW1 in reply said, "I was released from jail".

"You were released from jail, and promoted to a Major", stated counsel, and in response Major Bah said, 'Yes.'

He further testified under cross-examination that he did not know who released him from jail, when counsel put the question.

"I am putting it to you that you were given a presidential pardon", counsel stated, but Bah insisted that he did not know about that.

"I am putting it to you that you were given a presidential pardon to come and testify against the accused persons," but Major Bah told the court that the assertion by the counsel was not true.

He said he did not know whether, after the foiled coup, the 1st accused person (Tamba) was promoted and decorated, as the CDS of the Gambia Armed Forces, when counsel asked.

Bah also could not remember the name of any person who testified at the court martial implicating the 1st accused, when counsel asked.

"I am putting it to you that you have never met the 1st accused in his office, and Ndure Cham never told you of any coup plot".

In reply, Major Bah said he met the 1st accused, and told him what Ndure Cham said to him.

The deputy DPP Mikailu Abdullahi later re-examined the witness. Then the case was adjourned to 16th August 2010. 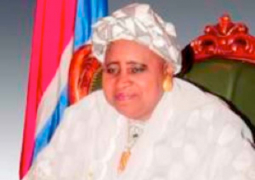