The charge sheet on count one stated that the three accused persons, Solo Bojang, Anineh Jammeh and Gibril Bojang on 13 October 2013, at Kanilai and diverse places, being employees of Kanilai Family Farm, conspired among themselves to commit felony, thereby committed an offence.

Count two stated that the accused persons on the same date and place stole 9 heads of cattle valued at D180,000, being the property of Kanilai Family Farm, and thereby committed an offence.

During Monday’s commencement of the trial, the prosecutor applied to strike out the name of Gibril Bojang, which was granted and his name was struck out of the charge and he was discharged.

Gibril Bojang was then called as the first prosecution witness.

In his testimony, Gibril Bojang told the court he was working as medicine or prescription officer for the cattle at Kanilai Family Farm.

He said he was one time called at the National Intelligence Agency (NIA) concerning the case, adding that while at the NIA, he was asked about the 9 cattle that were allegedly missing from the first accused.

Bojang said he told them he did not see the 9 cattle but heard the information about the first accused, Solo Bojang, and the 9 cattle.

PW1 said Solo called him on phone and asked where he was, and he told him he was at home.

Solo told him he was informed by the President to take 9 cattle that were different from the ones in the herd, as some people were coming from Cassamance, he added.

Asked if he had seen the 9 cattle, PW1 said he did not see or know anything about the 9 cattle or their whereabouts.

He was again asked if he knew anything with regard to the 2nd accused, PW1 said he did not know anything about him concerning the matter.

He said from what he heard, the 9 cattle came from the President’s tour and not from the herd.

Asked by the prosecutor whether he had given any statement at the NIA, he said he made a statement and thumb-printed it.

The witness was later shown the statement, which was read to him by the prosecutor, and he agreed it was his statement. The statement was tendered as evidence and marked as exhibit.

Meanwhile, the prosecution objected to bail for the accused persons, saying the 1st accused was undergoing an intensive investigation in a different case and for the 2nd accused, if granted bail, he might tamper with the investigation.

However, the court said it was their constitutional right as citizens to be granted bail. They were then granted bail of D1million each with one surety.

As part of the bail conditions, they should surrender all their travel documents with the court’s registrar. 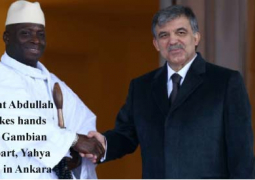 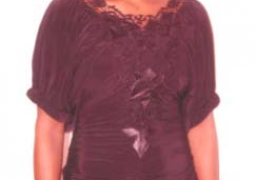