Youth in the Lower River Region (LRR) are prepared to embark on production and market surveys to expose the state of horticultural advantages for women and youth in the region.

The plan was unveiled on Tuesday at an orientation meeting of the national launching of the Creating Opportunities for Rural Youth (CORY) project powered by the Gambian chapter of Global Youth Innovation Network (GYIN-GAMBIA), at the Ba’lal Rural Empowerment and Sustainable Development Initiative (BRESDI) secretariat in Soma.

He also said it was expected of them to discuss the expectations of youth from the various components of the project and design a test measure in domesticating the project plan in context of the LRR region.

Momodou Sanneh, adviser to BRESDI, raised the motion for domestication of the CORY project idea with multiple choices of intervention on both farming and non-farming agricultural ventures for the youth.

He listed animal husbandry, fish farming and horticulture; thus mechanised agriculture in the form of welding and fabrication to be considered.

With a hint from Salieu Touray, a Daily Observer journalist, the group agreed that the LRR is endowed with enormous garden vegetation but the horticultural business is dormant in the transition of the vegetable from the farms to the market.

As a result, many gardeners, mostly women, are increasingly getting discouraged in the sector.

Based on this idea, Amadou A. Bah, executive director of BRESDI, urged the youth to vie for survey to expose the state of affairs of the business in the garden industry in their region.

Once it succeeded, he said, the same idea would be implemented on the other units of ventures.

He assured all of his organization’s willingness to develop the various survey templates in collaboration with GYIN-Gambia National Secretariat.

Mamadou Edrisa Njie, GYIN-Gambia National Coordinator, commended the LRR youth for what he described as swift response to the CORY project work plan.

He reminded them that the three components of the project (education management, research and survey, entrepreneurship training and micro-credit lending) are packages for youth across the country.

Henceforth, he said, the meeting idea would be considered by the national implementing partners under the supervision of the project director. 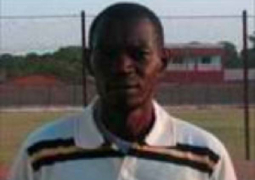