Members of Livestock Dealers Association in Abuko are crying foul, alleging that executive committee members embezzled their organisation’s funds and are calling on them to step down for new executive members to assume office.

“For over ten years they are in office, and at some point the members felt that the way and manner the association is being run is unsatisfactory to members,” he added.

According to him, the association over the years had accrued a lot of funds through membership monthly contributions, and other sources of revenue collection such as cattle fees, sales of cow dung, stall rental fees, among others, but up to the time of speaking to the media they were unable to know how much money is in the account.

“As members of the association we want to know all the financial transactions, and they should also provide a bank statement and other financial receipts from 2014 to 2015,” said Malleh Jabang.

Jabang said the organisation should have a healthy account, considering the revenue collected, especially during festivities such as Koriteh and Tobaski, in the name of the organisation.

“We have summoned meetings with the committee to give us a financial statement as to how much have been saved in the account, and how much was spent on behalf of the organisation,” he said.

Alhagie Jeng, a member, also expressed disappointment as to the way and manner the organisation’s funds were handled by the executive members.

“Ten years ago, we trusted them (executive members) to run the affairs of the organization, but now we have begun to lose trust in them, since they cannot account for the revenue accrued in the past years,” he said.

“As a member, I expect them to know or tell us how much money is in the account and all the transactions that transpired for the past years,” he emphasised.

“We demanded a bank statement and an audited report just for 2014 towards 2015, but to no avail, and we asked them to step down for us to elect a new executive to replace them, but they are insisting that they won’t step down.”

Mr Jeng used the opportunity to call on the authorities to intervene in the matter to help them solve the problem.

Efforts have been made to reach the president of the Livestock Dealers Association, Alhagie Kebba Jobe, but have all proven futile. 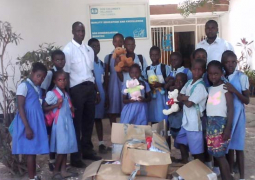 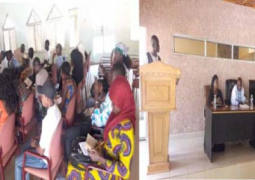