Despite manufacturers have clearly labeled on every cigarette pack that, “Tobacco Smoking is Dangerous”, yet millions of people still continue to smoke.

The Prohibition of Smoking in Public Places Act 1998 of The Gambia clearly spelt out that there should be no smoking in government premises to which the public have access. However, since the law was passed by the National Assembly, people still continue to smoke in public premises, which is a sign that the law is not being observed to the letter.

People most of the time smoke in the commercial vehicles, schools and hospitals and private premises, exposing non smokers to second-hand smoking which is dangerous to their health.

It is high time, therefore, the Ministry of Health and Social Welfare actively involves the Gambia police force to help them enforce this law. It is one thing to come up with a law, but it is another thing to implement it effectively.

We feel that it is also time that the policymakers get involved by playing their active part by serving as role models.

The Medical Research Council (MRC),Edward Francis Small Teaching Hospital and other institutions should also be commended for prohibiting their staff and the general public from smoking within their premises. 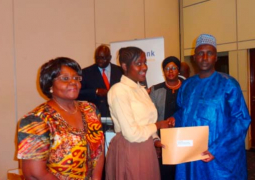