We are once again calling on all Gambians to put aside their political differences and work towards the common good.

The recent move by the villagers of Manneh Kunda in the Upper River Region in resolving their political problem is indeed a good move that would heeled the wounds and therefore is worth commendation.

We call on all, especially where such political problem exists to take cue from the people of Manneh Kunda in disregarding such situations.

As Gambians and as good Muslims and Christians, we must learn to forgive and forget what must have past between us and live as one family bounded by blood and most importantly for the development of our dear country. It is worth noting that the people of Basse Manneh Kunda have realised for themselves that differences would not take their community anywhere and thus the need to reconcile and work for the betterment of their village.

This is an excellent move by the people of Manneh Kunda and we applaud them for the giant move while encouraging them to remain united.

We also urge politicians to always encourage their supporters to promote peace and tolerance and see each other as one people.

As Gambians, we must understand that politics and politicians come and go but we as a people remain.

We absolutely agree with Mr.Sanyang and that we must not allow politics or politicians to divide us.

In the words of the VDC chairman Sanyang, the villagers are today than ever before united thus putting aside their political differences in the interest of peace and national development.

We want this kind of initiatives to happen in other areas especially where people see each other as enemies in the name of politics.

It's sad to note that in some communities politics has created a big division among people. We must do away with such behaviors.


"Judges are guided by the law; politicians by expediency." 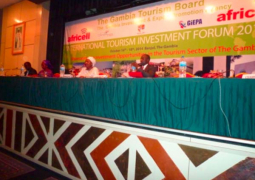