The minority leader has raised very salient points, as regards government expenditure and fiscal discipline. He said “the Gambia is in debt crisis and we also don’t control” our expenditure sails.

This situation could land us into more economic woes, as such a trend creates more deficit in the national budget.

We, therefore, have to check the way we sail in our expenditure drive. We are a small economy, heavily dependent on taxation. So resources generated should be appropriately spent. Otherwise, our budget deficit will continue to swell by the months.

We already have a heavy debt burden, domestic and international, hanging on our head, hence we should check our sails and direct resources to where it is needed most.

“The Gambia is in a debt crisis, and we don’t talk about external debts. We also don’t control the way we spend our budget. The economic situation of the country is getting worse, and The Gambia being a tax-based economy, most of the small businesses are closing down,” the Minority Leader commented.

It has explicitly been stated in the 2016 national budget, to be read this month, that we can only manage our economy well “if we all recommit to strict fiscal discipline”.

Lack of fiscal discipline has been a bane of the economy over the years.

In the case of financing the budget deficit, Net Domestic Borrowing (NDB) is projected to increase to D3.399 billion in 2016, which represents 8 per cent of GDP.

“Staying within this borrowing ceiling and working towards reducing it is premised mainly on strict adherence to budget ceiling by all budget entities as well as structural reforms.”

Taking a cue from the glaring facts drawn from the budget it is but true that we have to check our expenditure sail, making sure that we spend where really necessary and observe strict financial discipline.

There are only two ways you can manage or live within your budget: you work hard to produce or generate more income to meet budgeted priorities or you cut down expenses on non-essentials and treats. Either or, or both can be better for our economy.

“Caution, not exuberance, should be our fiscal motto..”

Previous:
Gunjur to clash with Sukuta in friendly Dec 22
Next:
YOUR NEW IDENTITY 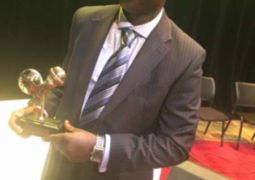