Lawyer Lamin K Mboge, a private legal practitioner, is the latest lawyer in the country to be jailed after the Banjul Magistrates’ Court yesterday convicted and sentenced him to two years in prison with hard labour.

According to the particulars of offence on count one, Lawyer Lamin K. Mboge, between September and October 2010 at within the jurisdiction of the court, with intent to deceive executed an affidavit in the name of Alagie Momodou Barrow without his lawful authority.

The charge sheet on count two stated that Lawyer Lamin K. Mboge, on 26 October 2010 in , did commit an offence when he made a false declaration before Ebrima Sambou, commissioner for oaths.

Count three stated that Lawyer Lamin K. Mboge on the same day made false documents, that is, an affidavit purported to have been deposed to by Alagie Momomdou Barrow.

Count four stated that Lawyer Lamin K. Mboge between September and October 2010 made a false document, that is, an affidavit purported to have been deposed to by Alagie Momodou Barrow.

In delivering his judgment, Principal Magistrate Alagbe told the court that the accused person was arraigned before the court on a four-count charge, and he denied the charges.

He added that the only issues raised for determination was whether the accused person had made any false declaration regarding the affidavit on behalf of Alhagie Momodou Barrow.

The trial magistrate further asked whether the complainant, Alhagie Momodou Barrow, had ordered or given the accused person the right to sign the said affidavit on his behalf.

He added that the defence counsel argued that PW4, Sahiou Barrow, ordered the accused person to sign the affidavit, adding that the state called a finger-print expert to assist in determining the matter.

Still in his judgment, Magistrate Alagbe said that this was clear testimony that the accused person had committed the criminal offence by making false documents and signed the said affidavit without the consent of the complainant, Momodou Barrow.

“I therefore found him guilty as charged on count one, and all the other counts because all the counts are interrelated”.

In his plea of mitigation, L.K Mboge told the court that the purpose of filing exhibit A was to assist the complainant.

“I have committed myself to help the poor and powerless people. I am a highly responsible person who had served the bench and, thereafter, I had been a private lawyer for the past 17 years,” Mboge told the court.

He added that he had more than 20 people that are depending on him, and most of them are minors, begging the court to temper justice with mercy.

Mboge added: “As I am standing in the dock, I have learned a bitter lesson that I should not over do things. Not only for me, but the whole world will learn it as a lesson.”

Noting that these are legal errors in the profession, he said he had served his country prior to this case, and it shall never happen again in his life.

He was consequently convicted and sentenced on count one to two years in prison with hard labour, count two to 1 year, 6 months , count three 1 year  and count four was 1 year 6 six months. All sentences are to run concurrently. 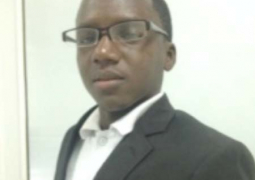 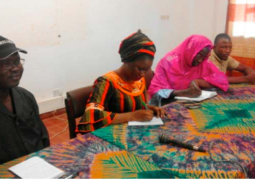 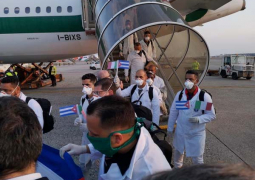