Today is the date set aside by the Gambia Lawn Tennis Association, as the annual open tennis championship takes centrestage at the Independence Stadium and Fajara Tennis club, respectively.

The event, which is staged by the association annually in a bid to bring together tennis players at all levels to compete for the prestigious accolades will see Dawda Kuyateh facing Momodou Lamin Sawaneh, as part of the opening game to be played at the Independence Stadium's tennis courts at 3.00pm later today.

Alex Marah and Da Silva Ananld will also meet each other in the other game at the Independence Stadium, while Lamin Sanneh will square up with Ousman Drammeh, at the same venue today.

The last two games on Monday which also promises to witness exciting tennis encounters will be played between Nyima Jamank and Awa Suso, while Gibril Joof and Badou Colley are expected to rub shoulders at the Independence Stadium's Tennis Courts on Monday.

Tuesday's matches are also expected to produce some interesting tennis matches when Lamin Drammeh take on Sanna Touray, at the Independence Stadium tennis court at 3.00pm. Seedy Bojang will meet the sports journalists association’s most outstanding male tennis player for the year 2009, Fabakary Drammeh, who won two junior tennis championship over the past two years.

Kelfala Jalloh will face Ebrima Sanneh before Balla Suso will rub shoulders with Sulayman Sarr, at the Independence Stadium on Tuesday.

Daniella Berzsenyi will face an uphill task in trying to beat Amie Badjie, who was named the most outstanding female tennis player in an annual sports journalists award organised by the Sports Journalists Association of The Gambia recently.

On Wednesday 26th May Yankuba Drammeh will begin the championship with a crucial tennis game against Momodou Lamin Sawaneh, while Buba Jawara and DR. Toba will meet in the other game as part of 3.00pm kick-off at the Independence Stadium tennis courts.

Abdoulie Buye and Sainey Touray will meet in the other game at the Independence Stadium in Bakau, while Modou Sallah and Babucarr Kassama will face each other in the other tennis game to be followed by the last game in the Wednesday’s group when Sainabou Chamdum and Fatou Joof face each other. 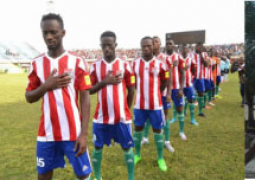 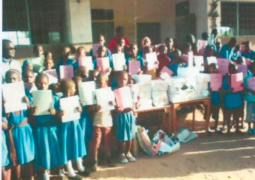